The ESVC 3000+ aims to build commercial level vehicle, which can be safely run on the public road. The ESVC 3000+ KM is a part of prestigious chain of solar vehicle challenge conducted globally. In this event, A team will design and construct a solar car Adventure class (Single Seated) or Professional Class (Multi seated) as per the technical specification and driving it north to south region of India in accordance with the regulations described by organizing and scientific committee of ESVC. WE ARE PUSHING THE LIMITS OF TECHNOLOGICAL INNOVATION SUCH AS ELECTRIC MOBILITY WHICH PRODUCES 100% POLLUTION FREE VEHICLE POWERED BY THE ENERGY OF SUN.

REGISTER YOUR TEAMREQUEST FOR RULEBOOK

Taking India towards the next Innovation HUB

Igniting the entrepreneurship spark in the field of renewable energy & electric mobility a step towards new India.

Faith buildup in society for electric mobility and renewable energy.

Research on efficiency enhancement in electric mobility and renewable energy.

The Event will impact on 7+ Crore people / audiences over E-Mobility and Solar Energy. It’ll be biggest platform to promote and accomplish Electric Mobility Mission

The Event itself became platform to produce highly Skilled Engineer for Industry. The Beneficiary will be youths of India, Industry and society. The Event will encourage youths of India for Entrepreneurship, Start-ups and Mobility Solutions.

The Event will generate huge faith, attraction and attention towards pollution free vehicle, Solar Energy and other products. Eligible vehicles will be those who will meet the certain design criteria, Safety, Aesthetic etc. Described by these Organizing Committee of ESVC 3000+. Participating solar cars must not be used on any public roads during the event period until permission has been granted by the civil authorities and organiser. 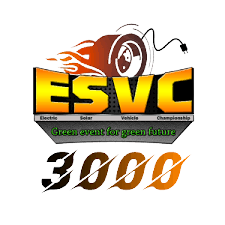